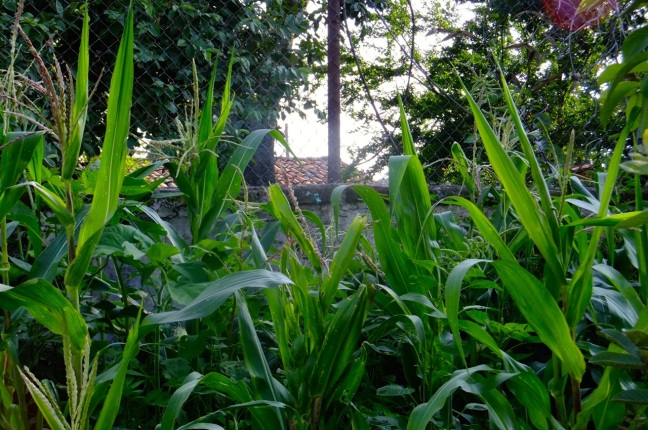 I had the good fortune to hear Gary Paul Nabhan speak to graduate students at WSU Mt Vernon Experiment Station. Students were responsible for organizing a fall presentation and they chose one of my heroes. You can read my book review August 2011.

The student who introduced Nabhan spoke passionately about how the eminent ethnobotanist’s books had  inspired her to choose plant breeding as a career. His lyrical prose was both scientific and colorful. The stories woven throughout kept her interest.

Nabhan once wrote that he learned and remembered so much more through stories. If you read Where Our Food Comes From: Retracing Nikolay Vavilov’s Quest to End Famine, published in 2009, you just might be able to imagine the almost extinct apple forests of Kazakhstan, the reemergence of teff in the Ethiopian highlands, and the magnificent Pamir Mountains where climate change is having dramatic effects on which grain varieties farmers can cultivate.

Nabhan was able to retrace several of Vavilov’s expeditions because the Russian botanist left copious notes, maps, and photos of people. He said that this story is particularly fascinating to a new generation of plant breeders. (The audience was part grey-haired locals and part young graduate students, many of them women.)

Vavilov was determined to end famine by searching the world for seed for Russian farmers to use during droughts and other environmental challenges. During the 1920’s and 30’s V. collected seeds from five continents on fifty expeditions, and directed another fifty. He was the first to recognize the possibility of the disappearance of crops and the urgency to protect cultivated crop varieties. Because he kept such extensive notes Nabhan was able to use these as a benchmark and track the changes since Vavilov’s time.

His approach was not extractive; instead Vavilov was a strong believer in regional farming wisdom. He was committed to documenting the farming techniques and implements along with collecting seeds. He was adamant that crop biodiversity required traditional farmers to continue practicing. He took 4,000 photos in his travels. One of the tools he used to locate origins of crops was linguistics.

Nabhan witnessed an ancient technique of backcrossing with wild relatives in Sinaloa, Mexico where a farmer recognized teosinte, the progenitor of maize, growing wild across the creek. Each season he grew seed corn there to catch a boost from the pollen of teosinte. (The wild relative could pollinate the crop, but the timing was such that the cultivated crop pollen did not genetically affect the wild corn.) This backcrossing offered genetic variation that enhanced the crop’s adaptation. Farmers from 100 miles around would practice intentional ingression by renting this field to rejuvenate their seed crop of cultivated corn and return home with healthier seed.

Resurgence of ancient crops: In the face of drought and famine, Ethiopian farmers chose to grow teff rather than grow wheat and rye varieties that were plagued with diseases. Since then the tough, little-known crop has experienced resurgence.